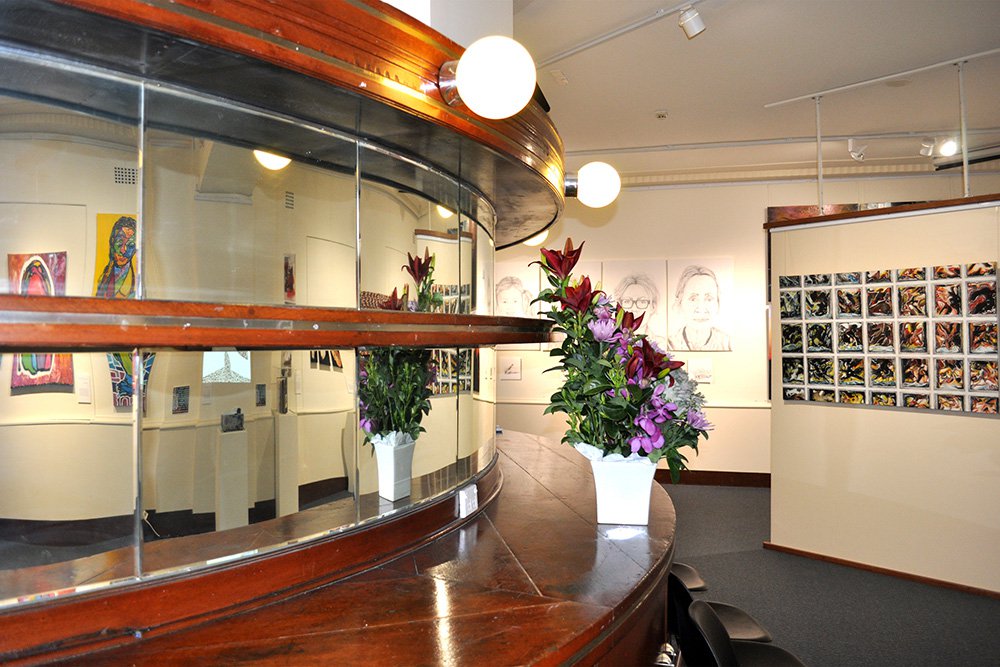 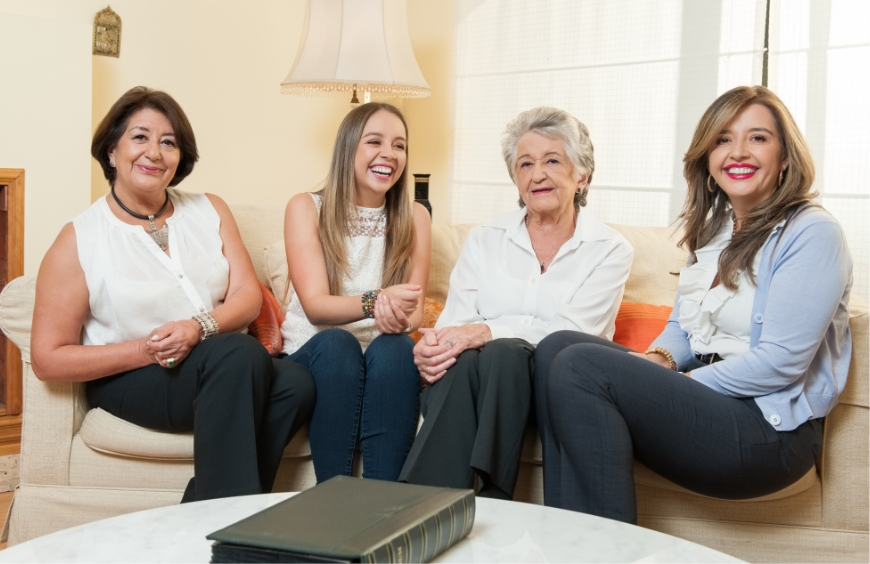 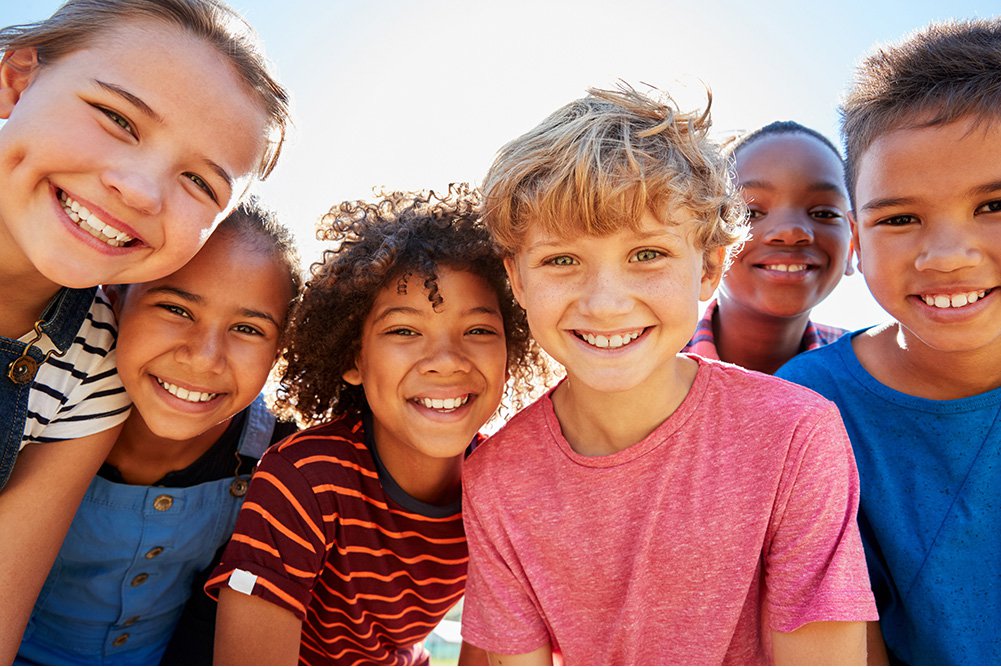 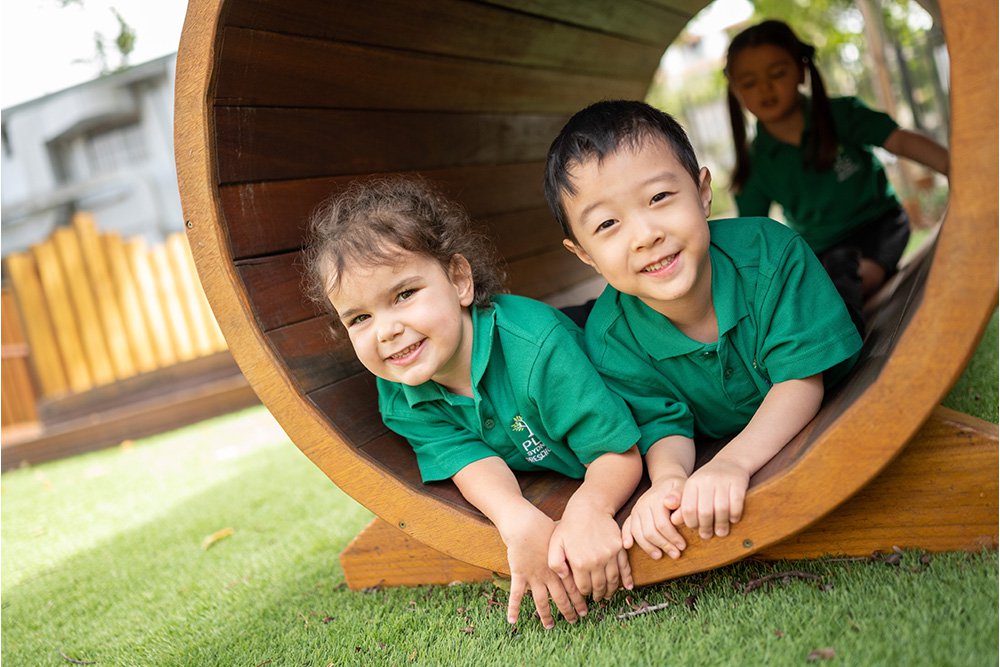 The studio-gymnasium, erected at Ashfield in 1888, was moved to Croydon where it housed the art studio in I905. lt continued to be used at Croydon until its demolition in 1937.

The women who came before us

Many have made and left their mark on our world. Here are just some of our notable ex-students who have made a difference… 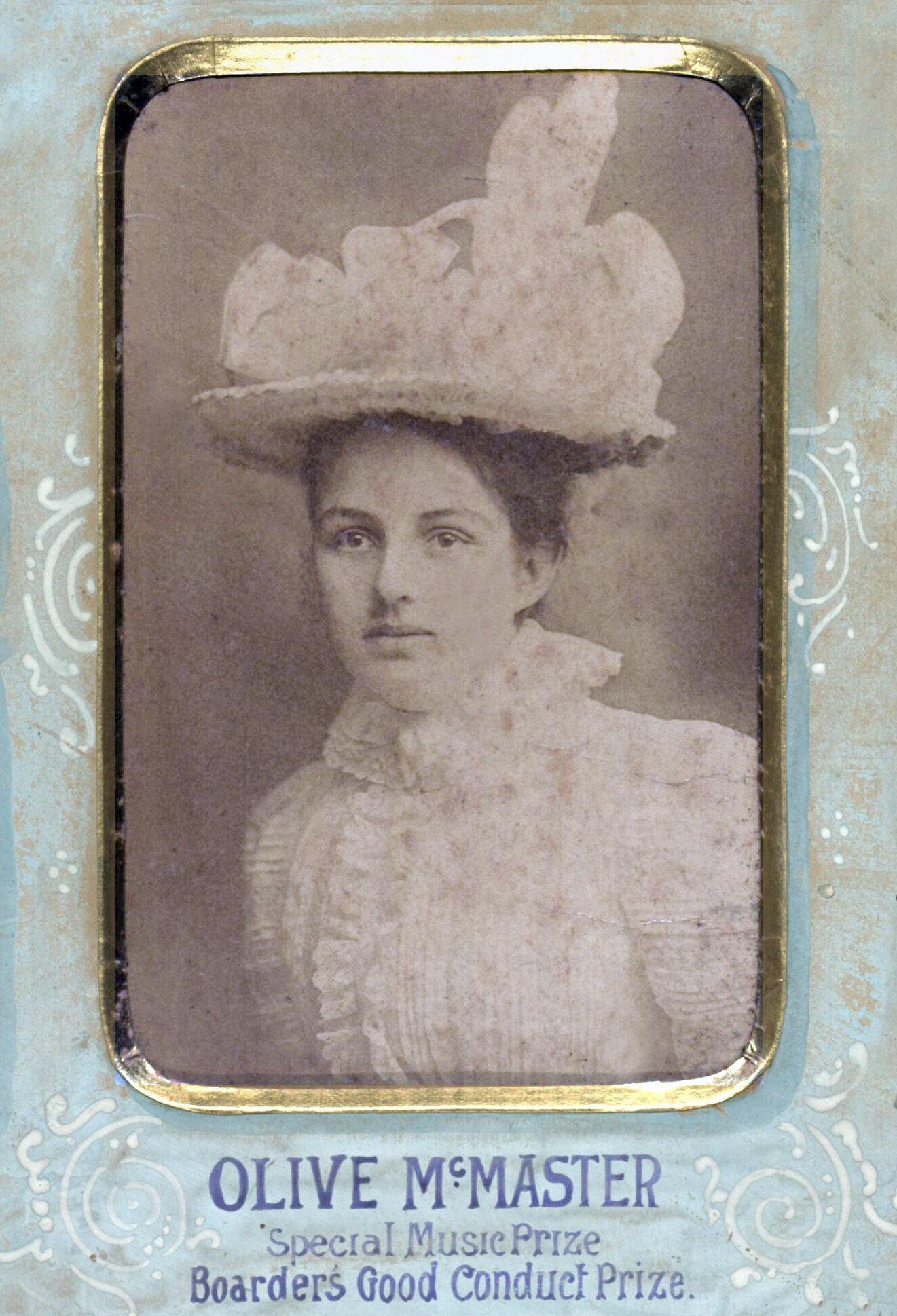 Olive became interested in hybrid tea roses and began to breed them around 1920. She continued breeding until 1937, when the family moved to a sheep and cattle property on the Central Tablelands of NSW. She registered 12 roses between 1932 and 1939.

Olive planted many trees in public spaces, including the long avenue of the Pymble Ladies' College (where her daughters were pupils) and many of the majestic tree groupings at the Avondale Golf Club (where she was a member). 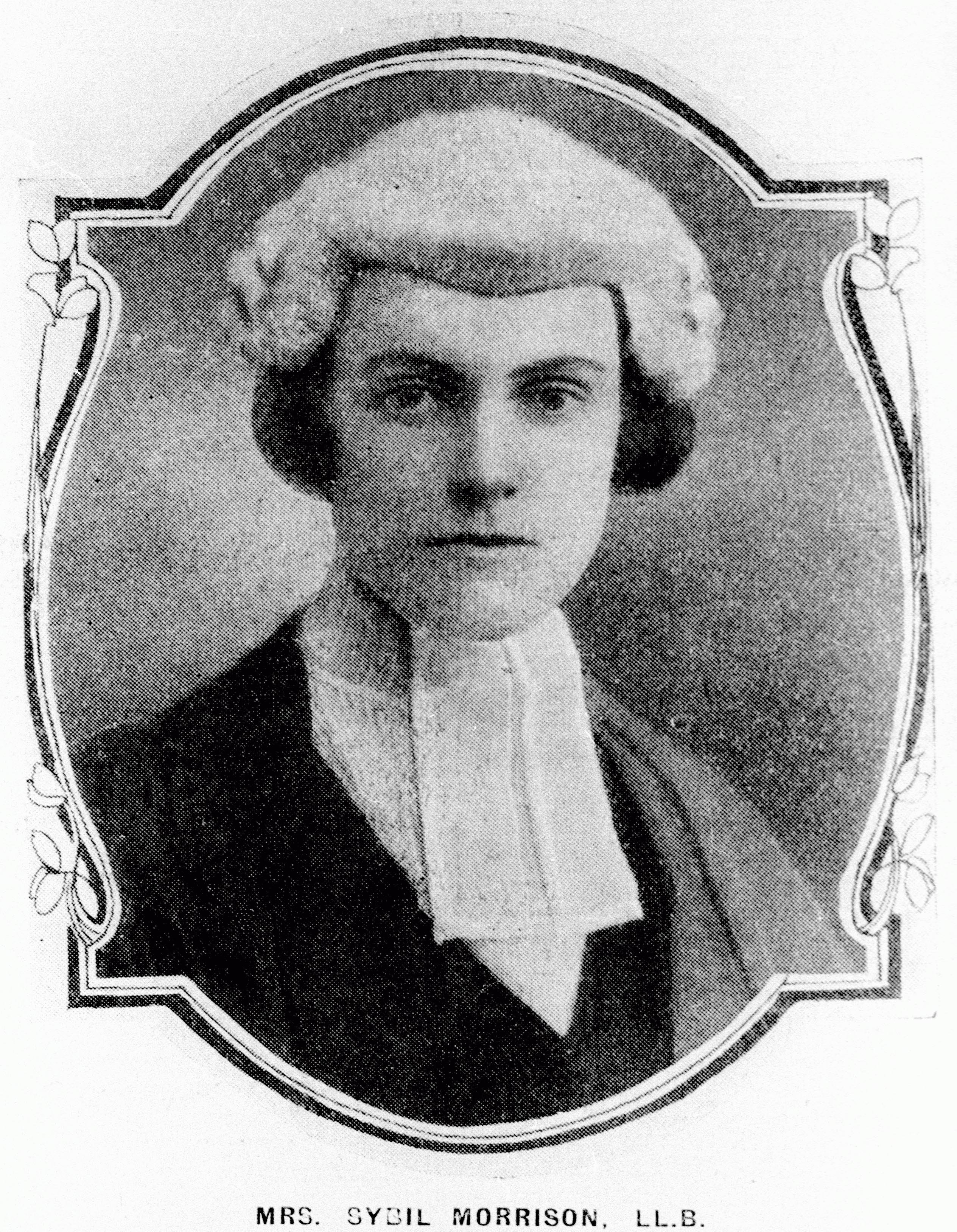 Sybil Morrison was a PLC Sydney student from 1910 to 1912. She received her law degree from the University of Sydney in 1924 along with fellow pioneer and PLC Sydney ex-student Marie Byles.

She was admitted to the Sydney Bar in June 1924 and was active in women’s issues during the 1920s. Sybil Morrison belonged to the National Council of Women and addressed a conference on women justices of the peace. She was a regular in the social pages and was frequently singled out by the media because of her status as the only woman at the Bar.

She took briefs in crime, divorce, bankruptcy and family maintenance (often briefed by Marie Byles), before going to England in 1930 and being admitted to the Middle Temple. Sybil Morrison stopped actively practising at the Bar sometime in after 1930. She married a second time to architect Carlyle Greenwell in 1937. She was president of the Sydney University Law School Comforts Fund in WWII. She died in 1961. 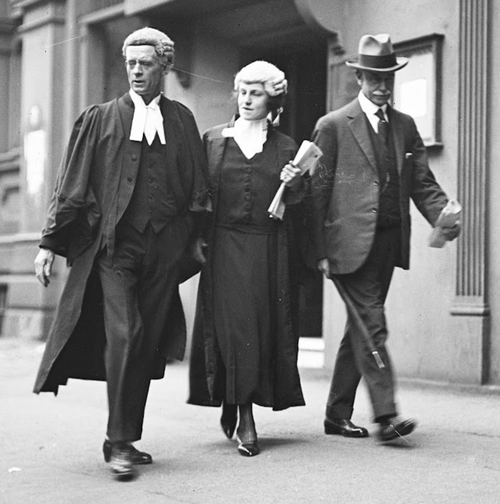 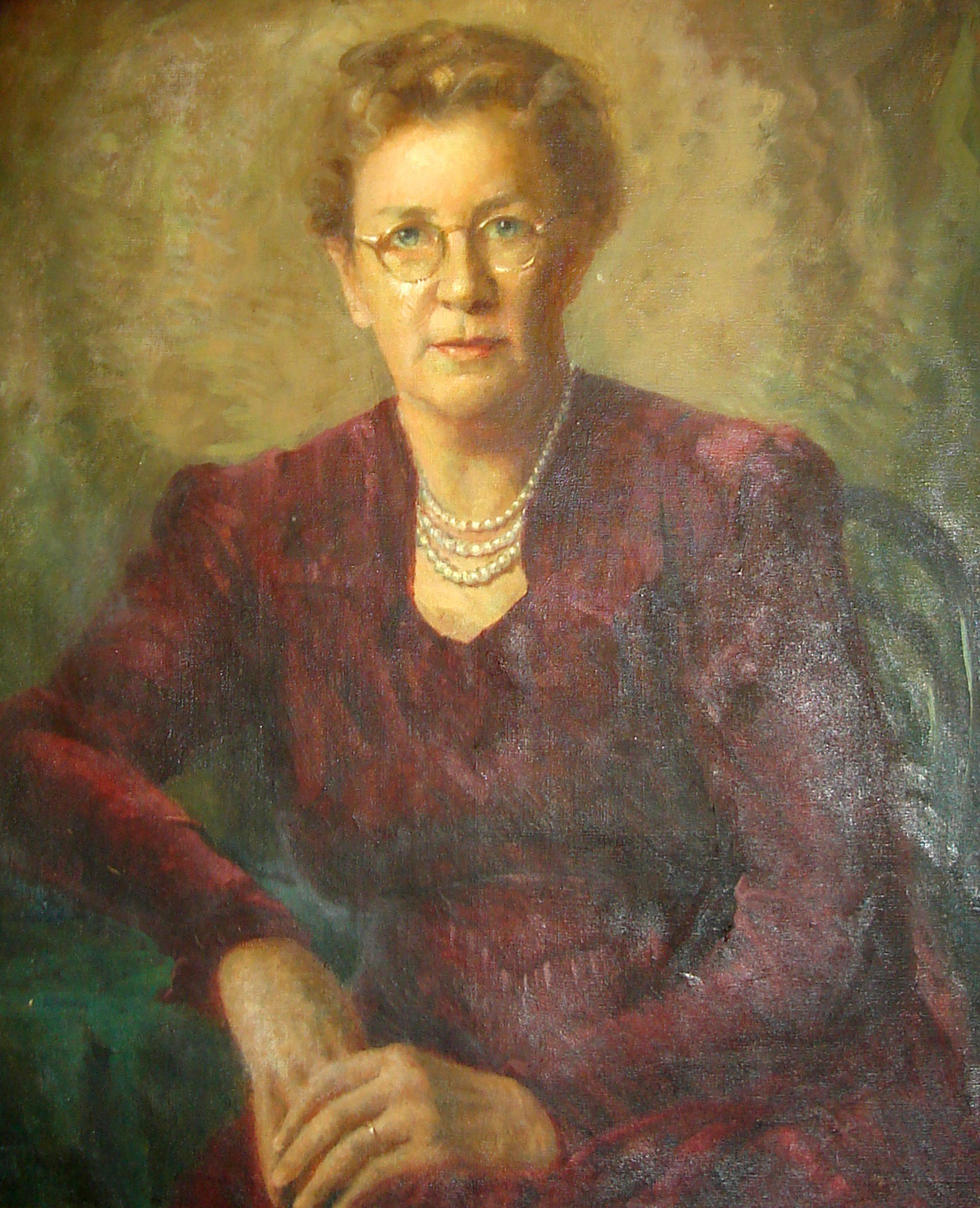 Kathleen Clouston attended PLC Sydney from 1911-1915 and went on to study Medicine at the University of Sydney.

Dr Cuningham had a long association with the Rachel Foster Hospital. This hospital was started in the early 1920s by (mostly) women doctors (and mostly women doctors who had graduated from University of Sydney as it was pretty much the only medical school then). At that time women doctors were frowned upon/not made too welcome in public hospitals like RPA (although nurses were quite happily accepted!).

The Rachel Foster Hospital started as a day clinic for women and children in Surry Hills and then moved to two locations in Redfern. It was staffed by women doctors, who by and large volunteered their time. It was never funded as a public hospital. Dr Cunningham worked as a volunteer at the hospital for many years. The Rachel Hospital closed probably in the 1980s, probably as it ran out of money and fewer medical staff were keen/able to volunteer. For a time it was used as a VC clinic and now is semi-demolished.

In the 1950s Dr Cuningham became interested in the treatment of breast cancer. Along with another female doctor/medico she was instrumental in establishing a machine and the technology for mammograms. 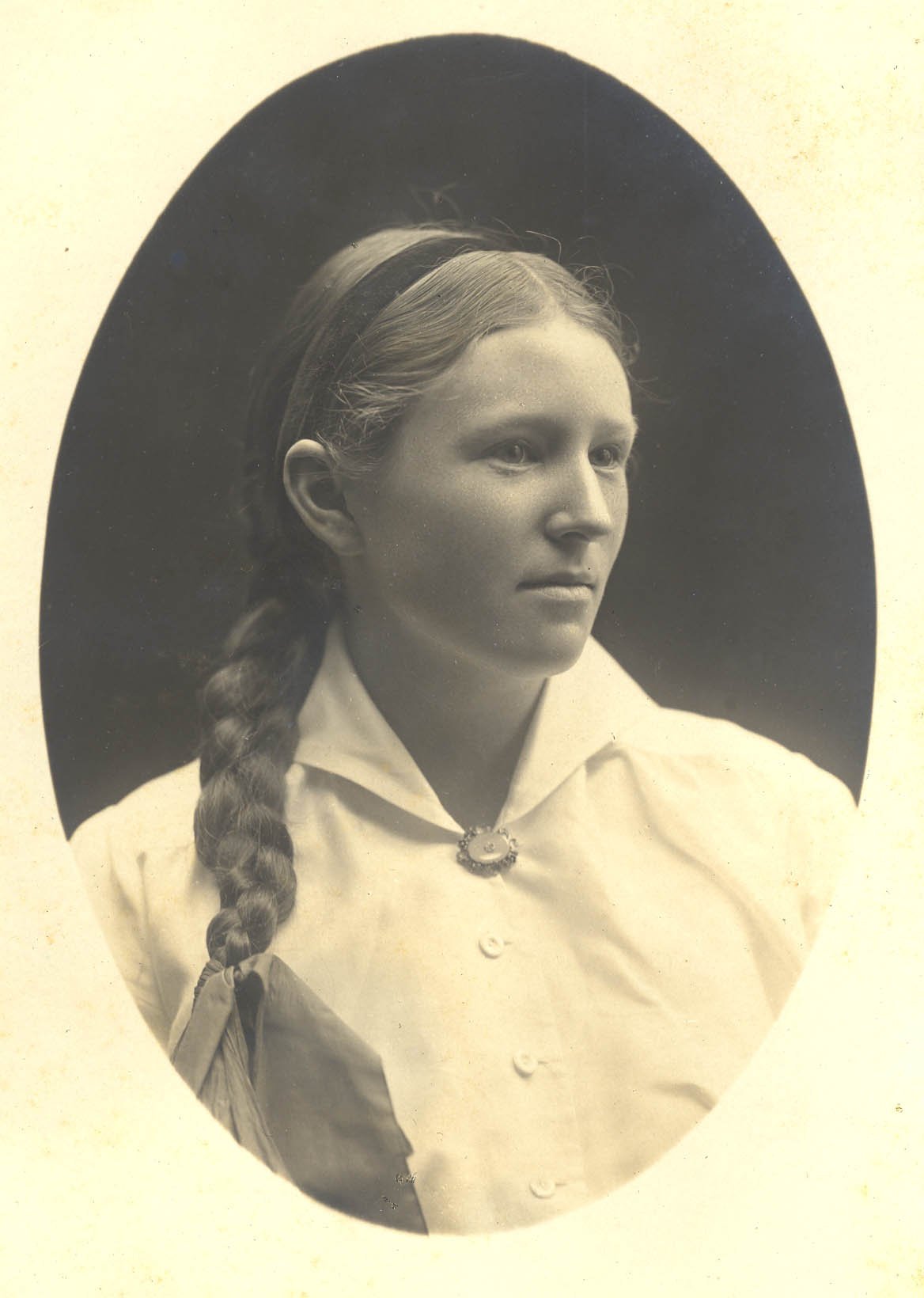 Marie was born in Cheshire, England and migrated to New South Wales with her parents and two brothers in 1912. They built a large house near the bush in Beecroft. Marie came to PLC Sydney in 1914 and 1915, and then moved to Pymble when it opened in l9l6.There she become head prefect and dux for 1916 and 1917.

On 4 June 1924 Marie Byles became the first woman admitted as a solicitor in New South Wales. Five years later, at the start of the Great Depression, using £40 her mother had given her, she established her own practice. Not surprisingly, Solicitor Byles was drawn to causes that promoted the rights of women. She campaigned for women's right to practise law, argued for equal guardianship, equal pay and just divorce for women. And she led by example. She employed women both in her Eastwood practice and later at her office in the city.

Marie was not only an active bushwalker and mountaineer, but she also wrote articles to campaign for areas of bushland to be placed under public ownership. She was a committed conservationist, a feminist and a founding member of the Buddhist Society of N5W. An ordent campaigner for the environment, she bought her own bush land in Cheltenham in 1935 and enjoyed camping there for many years. In 1971 she left this land to the National Trust, although continued to live there until her death in 1979.

Jessie Aspinall was born in 1880 in Forbes NSW. Her father, Rev. Arthur Ashworth Aspinall, was a Presbyterian minister. By 1887 the family had moved to Sydney and Rev. Aspinall was the minister at St Luke’s Church in Redfern. He was a member of our College Council in 1889 and 1890, and in 1893 became the first Principal of Scots College.

In 1891, when the family lived in Tempe, Jessie was enrolled at PLC Sydney.

Jessie Aspinall studied medicine at the University of Sydney and in 1906 received a Bachelor of Medicine and Master of Surgery. Jessie Aspinall ranked 9th in 35 in her final year medical examination and she was chosen by the selection committee to be a junior resident medical officer at RPA. At the request of the hospital’s superintendent, she went into residence and commenced her duties, only to be informed a month later, in February 1906, that the conjoint board had not ratified her selection, as they were wont to do with female residents. This action was not well received. Jessie’s father wrote a long letter to the Editor of the Sydney Morning Herald, which appeared on 9 February 1906. In less than a month, on 2 March 1906, Dr Jessie Aspinall was duly ratified in the position of junior medical resident officer at the Royal Prince Alfred Hospital.

Jessie Aspinall has the distinction of being the first woman medical resident officer in NSW and her case did much to advance the role of female doctors in our society at a time when women practitioners were uncommon. Dr Aspinall pursued her medical career until her marriage to Ambrose Freeman in 1915. She was appointed Junior House Surgeon at Hobart General Hospital in 1907 and Resident Medical Officer at the Women’s Hospital, Crown Street, Sydney in 1908. She set up practice in the city and for a time was the school doctor at Scots College.

Jean was the mother of four children and devoted many years to furthering the causes of women and to charitable organisations such as the Victoria League, the National Council of Women, the Young Women’s Christian Association and the Australian Red Cross Society. During World War II she gave her house in Bowral, Berida, to the Red Cross to be used as a convalescent home for ex-servicemen. She died in 1953. 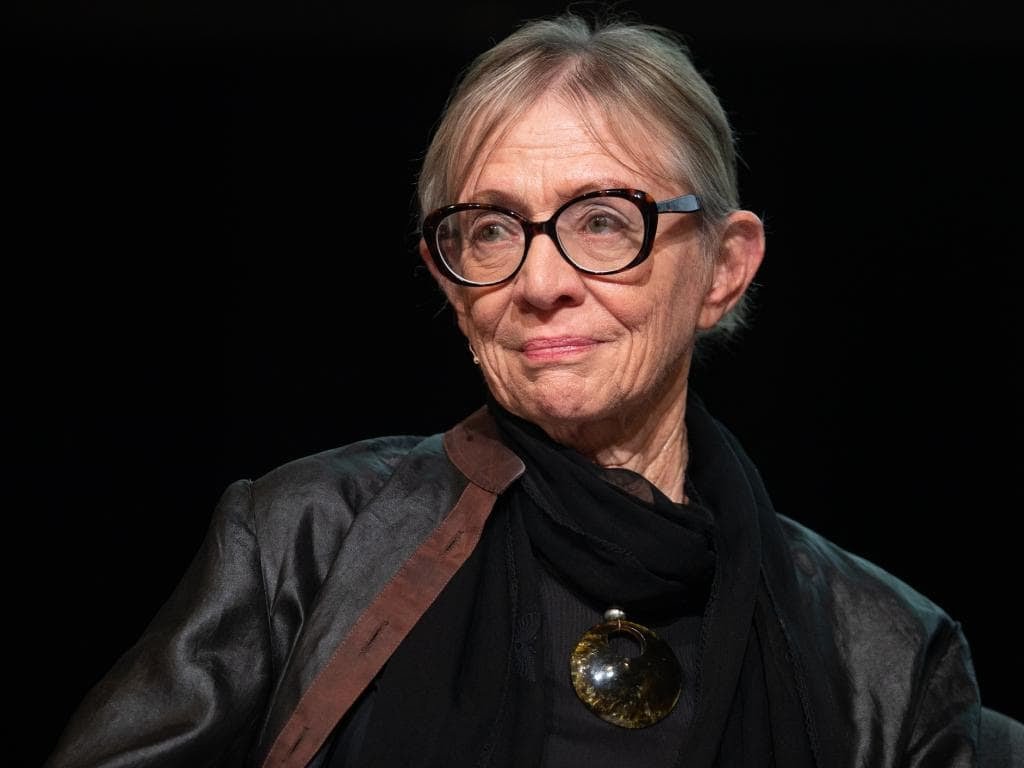 Carolyn Simpson: Justice of the Supreme Court of NSW

Carolyn Simpson was born in Condobolin and has an older sister, Janet, and two younger brothers. At an early age, Carolyn, with Janet and their parents, moved to Gilgandra, where she went to Primary School. It was here that her parents were involved in a tragic car accident and her mother was killed. After leaving Gilgandra for a while, the family returned in 1958 before she and Janet were sent to PLC Sydney at the beginning of 1960 as Boarders.

She sat for her Leaving Certificate in 1963 and the next year went to Teachers' College at Bathurst. Upon graduation she was posted to Broken Hill High School, where she taught English and History although she had been trained as a Science teacher. ln 1967, Carolyn returned to Sydney where she taught for five years doing her Arts degree, part-time, at the University of Sydney. She resigned from teaching and wanted to work in journalism as she was looking for a new challenge.

Her journalistic plans did not come to fruition but she found her new challenge when a friend suggested she undertake Law with B.A.B. exam, which she did. She became a Judge's Associate while studying and was constantly exposed to Court Room experiences. Carolyn completed her B.A.B. course and went straight to the

Bar in 1976. She took silk and became a Q.C. in 1989 being then the 6th woman only in N.S.W. to do so. Carolyn accepted the appointment as a Judge and was sworn in as Judge of the Supreme Court in February 1994. At that time she was one of only two women Judges of the Supreme Court.

Justice Simpson made legal history in 1999 as one of three women judges who formed the first all-female bench to sit in an Australian court.

ln March 2018, Justice Carolyn Simpson retired from the Supreme Courts after 24 years, including almost 3 years in the NSW Court of Appeal. She was the 2nd woman appointed to the courts in its 194-vear history and boasts the distinction of being it's longest serving female judge. 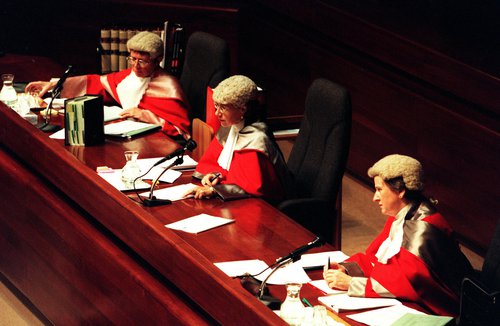 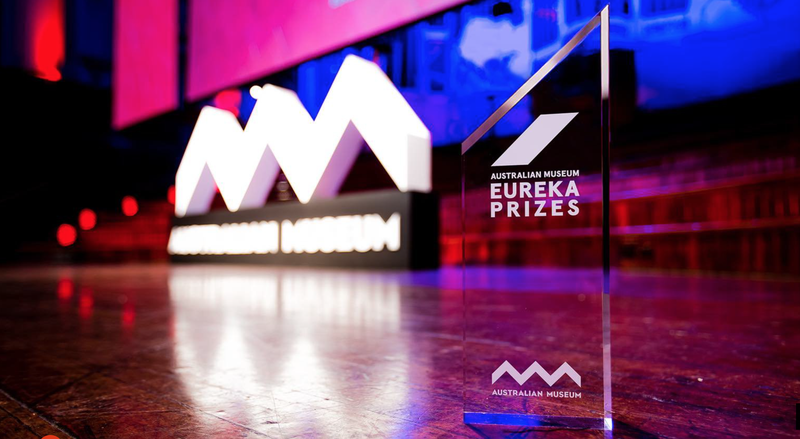 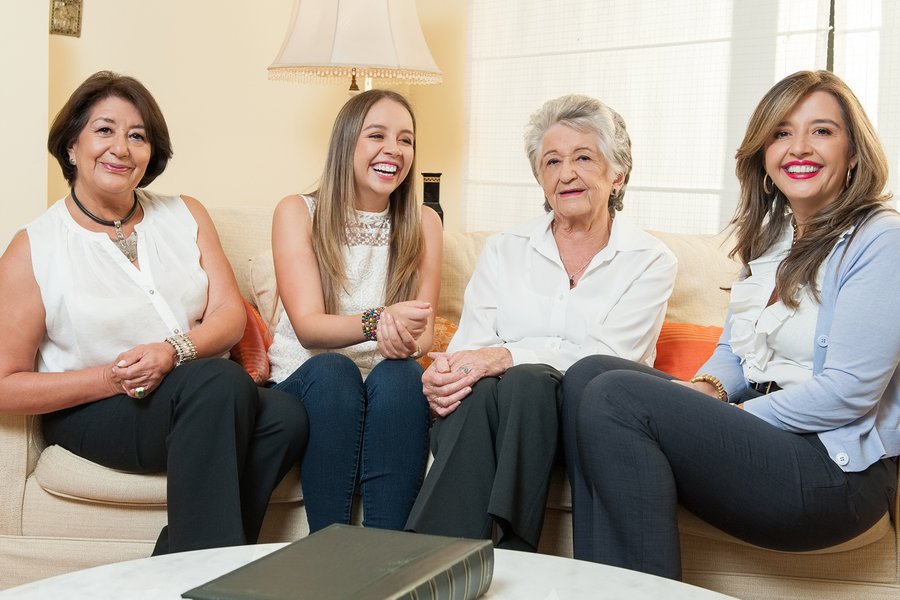 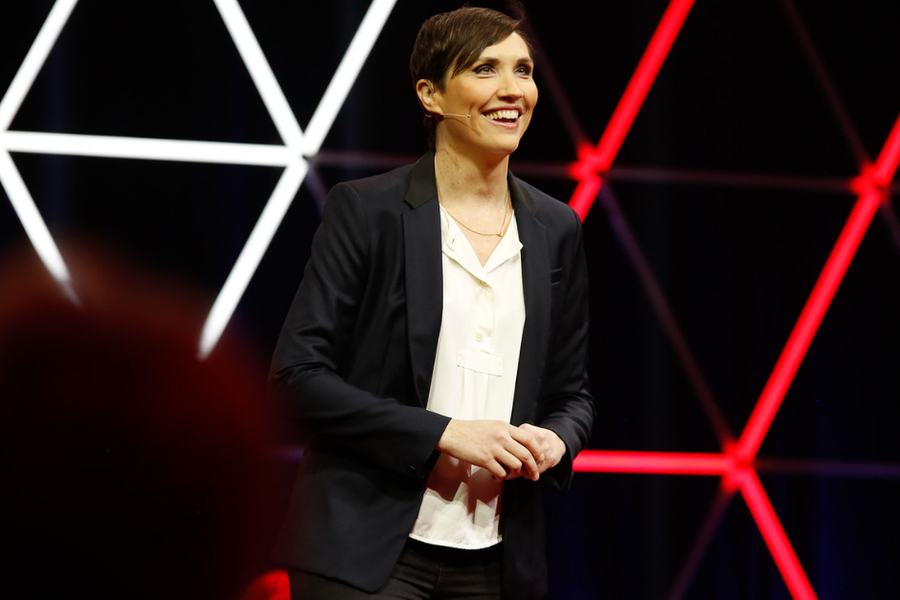